My wonderful daughter, Ann Campbell, made an auspicious career move in 2014 that took her from the urban desert of Phoenix to the warm ocean breezes of Ventura County on the California coast. I’m also happy to report that I was able to visit her there for eleven great days in late August and early September. 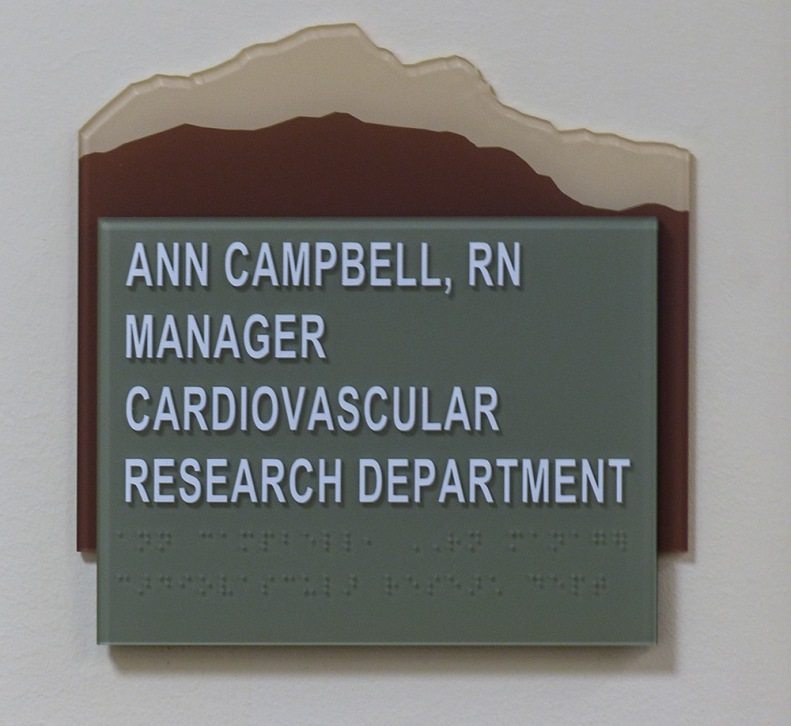 The highlight for me was a leisurely, two-day drive with Ann down the Pacific Coast Highway, starting just south of San Francisco. Monterey and Carmel were most memorable; but then so were the views, the ambience and the food in Half Moon Bay, Big Sur, Cambria and other charming coastal towns along the way.

The beauty of the California coast was everything I remembered and expected, maybe more. My last trip down the coast was in the mid-1970’s, long before I started looking more closely at things through a photographer’s eyes. Not that photography was much on mind this time. For the most part I was the wide-eyed tourist and attentive dad who doesn’t get to see his daughter often enough. So my time with Ann was foremost, taking pictures an afterthought.

Anyway, here’s a photo record of some of the highlights of my trip. One thing is certain: I love the California Coast and its perfect weather!

So thank you once more, Ann, for showing me one of the best times of my life. Hope we can do it again before too long.

Turns out I have too many photos for a single post, so all the following are from the Ventura area, including nearby Ojai. Part 2 will feature photos I took on our drive down the Central California Coast.

With my daughter, Ann Campbell, at the legendary seafood restaurant near Malibu, about 25 minutes from her condo in Camarillo. I would like to thank the Unknown Diner, who graciously offered to take our photo. 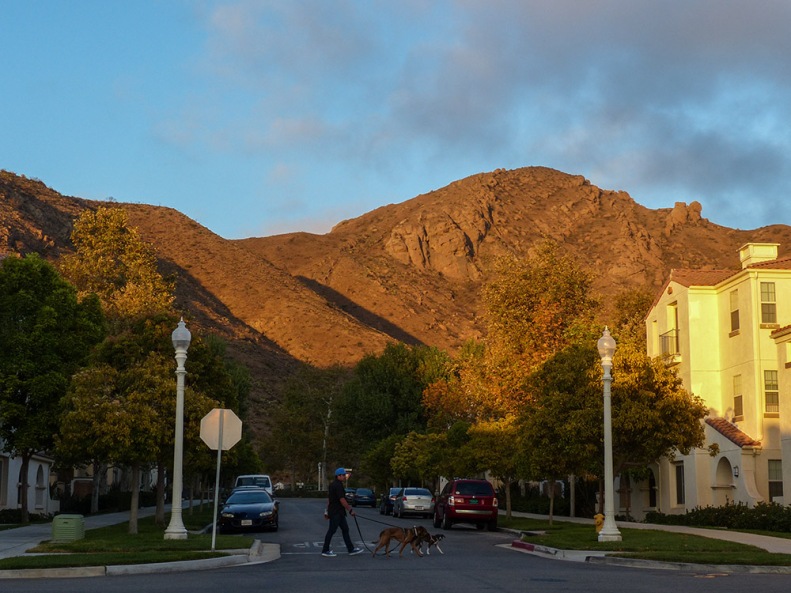 An evening walk in Ann’s neighborhood in Camarillo, next door to The University of California at Channel Islands.

From Serra Cross Park in Ventura 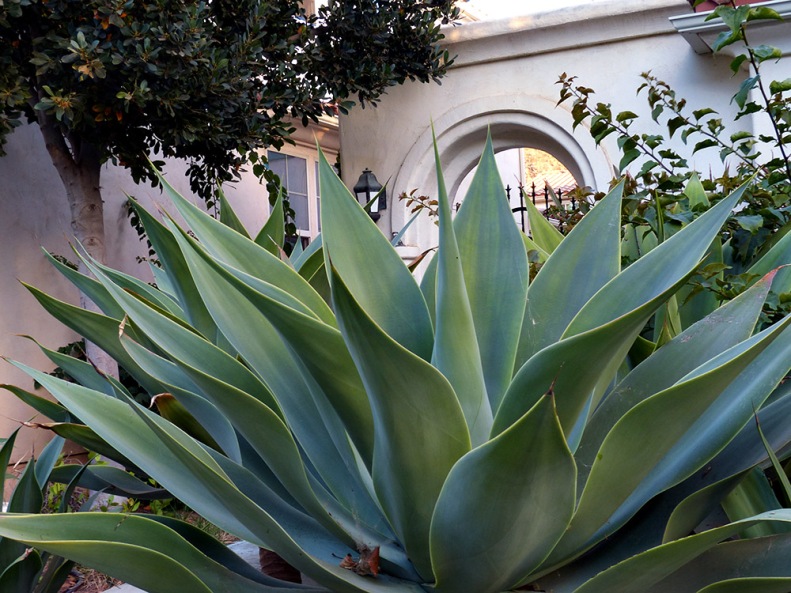 I love the flora near the coast. This one’s in Ann’s neighborhood.

Ann and Kevin at Serra Cross Park in Ventura. 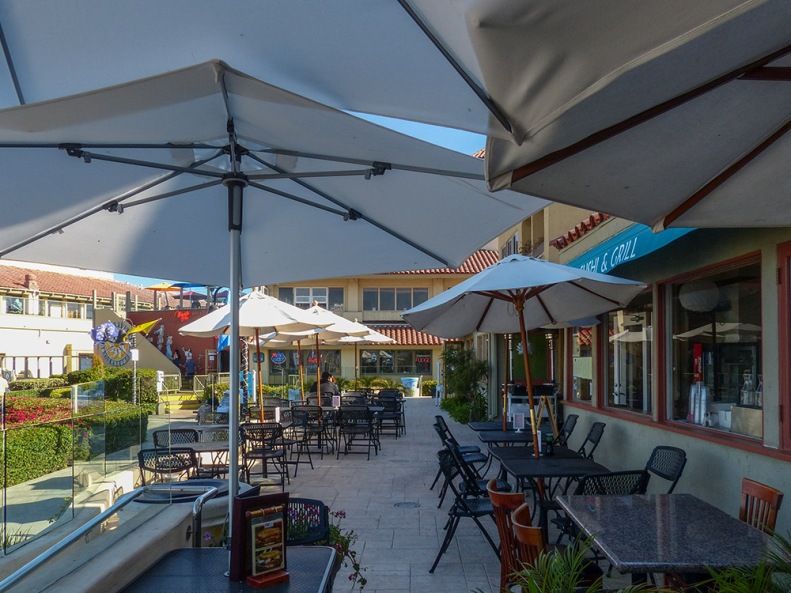 Just before we sat down for lunch at a Ventura Harbor pub. 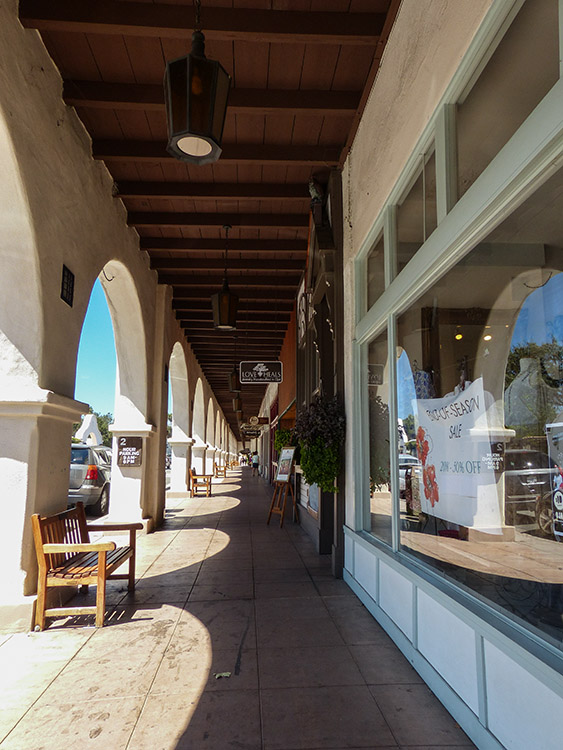 Covered walkway and boutiques on Main Street in downtown Ojai, about 35 minutes from Camarillo.

My delicious, healthy lunch at Boccali’s Pizza and Pasta in Ojai. The restaurant is adjacent to the Boccali Ranch, where they grow their own vegetables. If I ate like that every day, I’d live to 100!