For background on this trip, please see my comments at Part 1.

Our first stop on the Pacific Coast Highway was at Pismo Beach, where we had dinner at an oceanside restaurant featuring fine seafood and a great view. Then we jumped back on U.S. 101, which would take us most of the way to Half Moon Bay, our destination for the night.

The next morning Ann attended a meeting in Redwood City while I did a solo tour of Half Moon Bay. Had a nice conversation with painter Ellen Joseph at her Colors of the Coast Gallery and Gift Shop. In the afternoon, Ann and I headed south to Monterey, where we spent the night after enjoying another fine meal.

The following morning found us doing our best tourist impersonations in Cannery Row and Carmel; then we continued south with stops at Big Sur, Cambria, the Elephant Seal Rookery, and Morro Rock.

What a great experience – driving down the Pacific Coast Highway for the first time in almost 40 years!

Fantastical flora at our motel in Carmel.

Ready to leave for Monterey and Cannery Row. 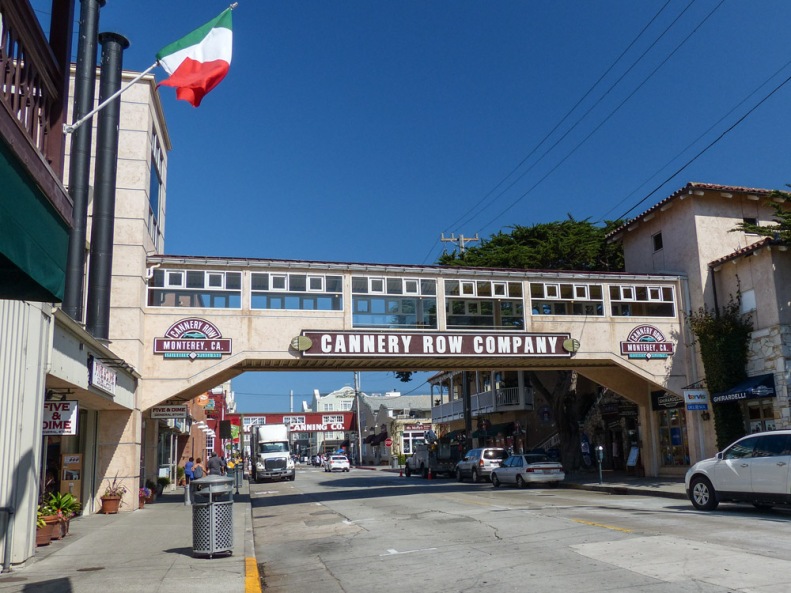 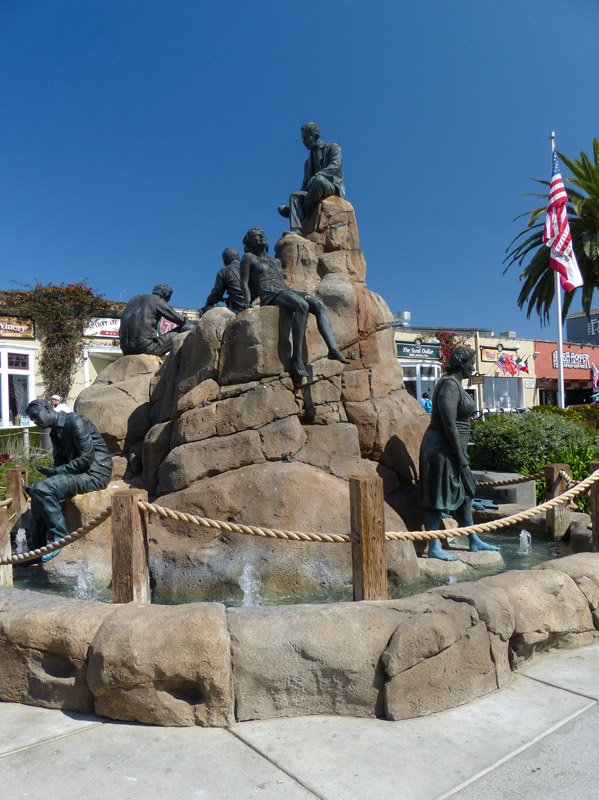 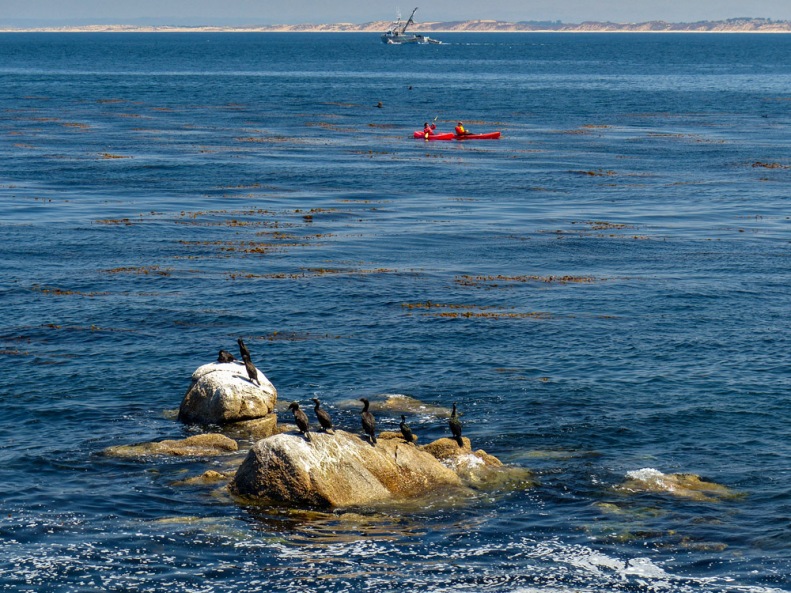 View of Monterey Bay from Cannery Row. The birds are cormorants.

At Elephant Seal Rookery near San Simeon. These young males are in training for the annual mating combat, which takes place between mature males and can be quite bloody. Males can reach a weight of more than 5000 pounds; females are much smaller. You’ll be amazed at how they live and survive. They typically dive to depths of 1000 to 2000 feet, but dives of 5000 feet have been documented! Hard to believe now that these seals were on the brink of extinction. http://www.elephantseal.org/

Elephant Seal Vista Point at San Simeon is a major attraction along the Central California Coast. 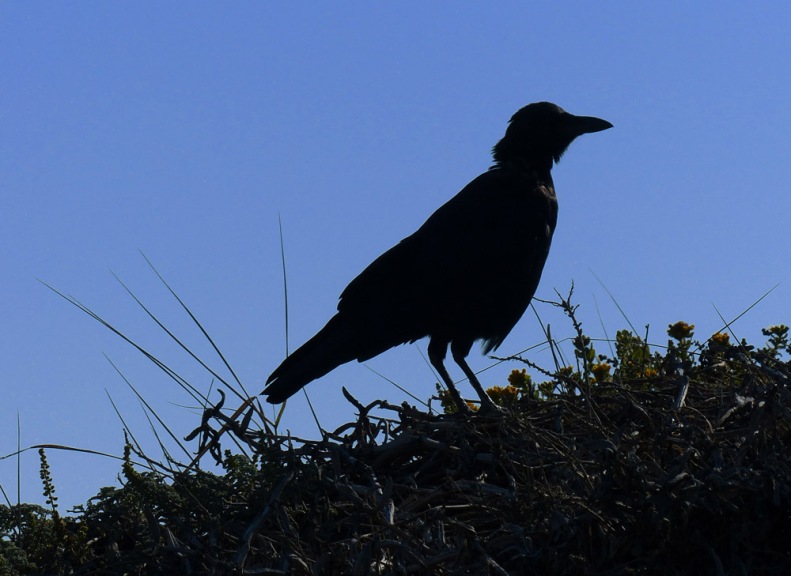 Seals shouldn’t get all the attention! 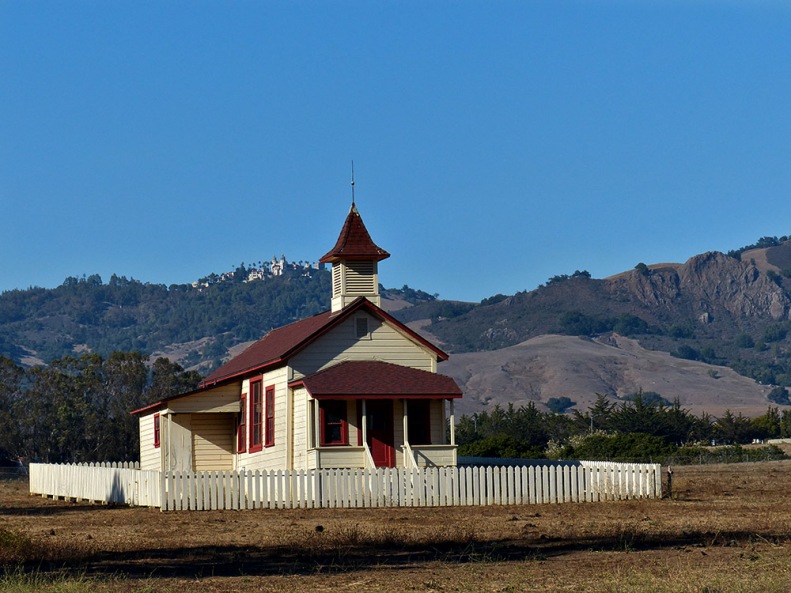 As close as we got to Hearst Castle.

Dramatic views all along the coast! 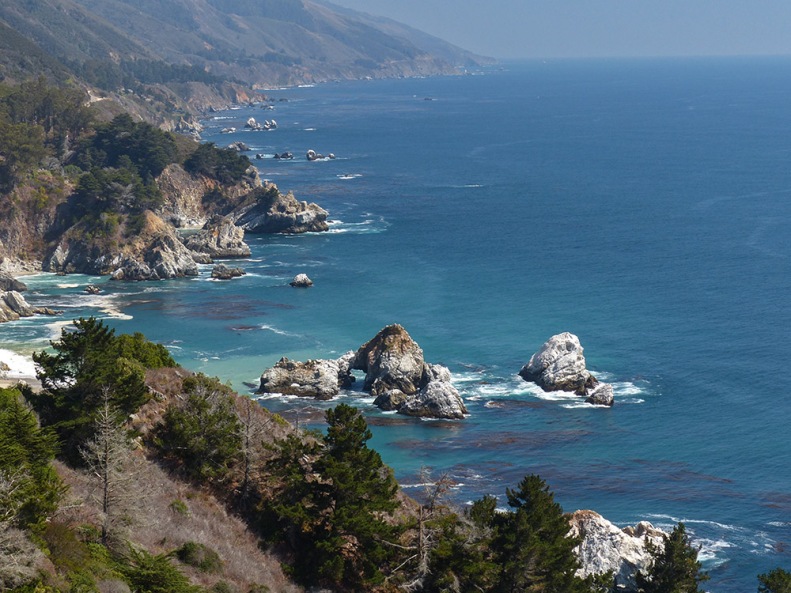 Happy and relaxed in my element – the world of natural beauty. 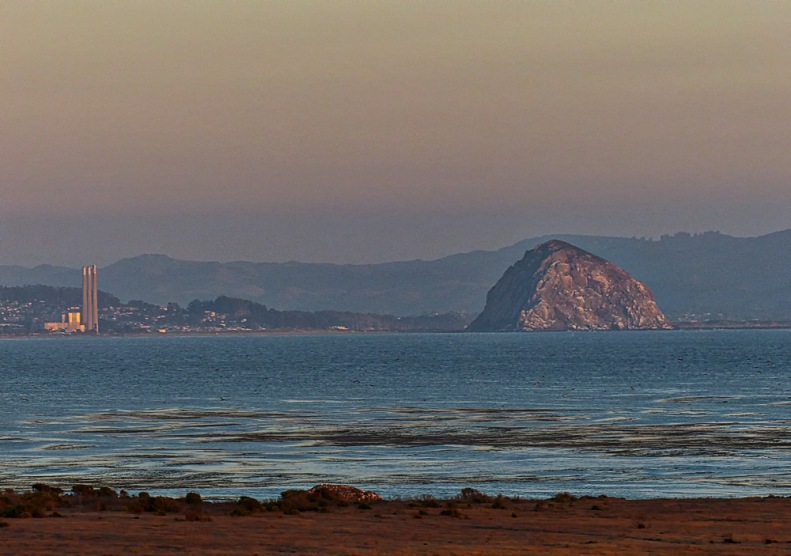 Morro Rock. At 576 feet high, it has been called “The Gibralter of the Pacific.”
It is one of nine extinct volcano peaks that run for 12 miles in an approximately straight line. http://www.morrobay.com/rock.htm

Our last meal out, with Kevin, who took this photo. All good things must end . . . until the next time!